Ode to a brother:

Very few people now living experienced the Great Depression of the 1930s. Most yuppies and their progeny think it is a myth created by their ancestors to try to deprive them of the fun of spending. To the Zink family the depression was real. However, my brother John seemed to have the endless energy and initiative to enable us to cope.

An example is the story, at least partly true, that the three of us boys would check our skunk traps on the way to the Waterfall school. As our efforts met with some success, the teacher thought there must be a family of skunks living under the one-room schoolhouse. She contacted the School Board chairman about the problem, but before any skunk eradication effort was started, potato harvest was begun. Dad, of course, kept us home to help and our teacher decided that the skunks must have left. 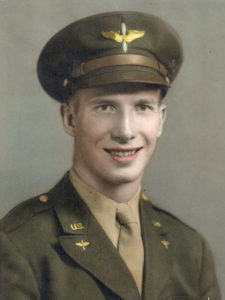 Dad’s mother was a Grant. Her exact relationship to President Grant is a bit uncertain, but I can remember Dad assuring me that we were in fact related. My favorite story of Ulysses was that after the Mexican War he was assigned to Vancouver Barracks across the Columbia River from Portland. His army captain’s pay was not sufficient to support his wife, so she stayed with her parents. In an effort to supplement his income Grant planted a patch of potatoes on the river bottom near the Columbia. They were growing splendidly until the flooding river covered the field and destroyed Grant’s hopes of being able to afford the companionship of his wife. Possibly a few of Grant’s entrepreneurial and gardening genes were shared by Brother John … and nearly always with much more success.

For a time in the mid-’30s, Dad and I lived in the frame house that occupied the place where John and Ruby’s house now is. One Christmas Dad and I were in no way celebrating the day. Dad didn’t seem to mind, but I admit that I felt rather depressed. About midafternoon Santa arrived! Yes, Brother John appeared with treats, presents, good cheer and optimism. My boyish heart was so thrilled that I never did know how he managed the miracle – whether (by selling) skunks or potatoes, or hard work, I shall remember it fondly all my life.

After graduating from Durango High School in 1940, I went to Idaho, where I worked on a dormitory construction crew to earn money for college. As the start of the college year approached, I realized that I would not have enough money.

My Brother did it again! A check came in the mail sufficient to fully pay for my first year’s board, room and tuition. What a brother!

I have lived my adult life in Idaho and Oregon. Often years would pass without seeing John. Yet, he was my daily companion. How often I would think of him and long for his advice and good humor. I’m sure I will never know the full influence and impact of his life on mine.

John and I went hunting one time near the Idaho Sawtooth mountains just over the mountains from Sun Valley, where Ernest Hemingway lived. Hemingway once wrote, “Nobody ever lives their life all the way up except bullfighters.” Well, Hemingway didn’t know my Brother! John lived life with the eternal optimism of a bursting spring, the energy adequate to summer’s demands, the joyousness of autumn’s bounty and the beauty of the sun on winter’s snow-covered mountains.

Please allow me one more example of my Brother’s love. When I was a teenager, John and I went on an overnight fishing trip up the Hermosa. We camped at the mouth of Dutch Creek and the next morning crossed the Hermosa to fish Clear Creek. The water, nearly waist deep, ice cold, and with slippery rocks underfoot gave me pause. John put me on his shoulders and carried me to the far bank – safe, dry and ready for a happy day of trout fishing. Dear Brother, how I wish I could now take you in my arms and transport you across death’s chilly waters to God’s bosom.

No, Hemingway didn’t know my Brother. Yet he wrote something that so well describes John that we must share it together.

“He loved this country. He saw it with the eyes of a painter, the mind of a trained writer, and the heart of a boy who had been brought up in the West. He loved the hills in the spring when the snows go off and the first flowers come. He loved the warm sun of summer and the high mountain meadows, the trails through the timber and the sudden clear blue of the lakes. Best of all he loved the fall – with the tawny, and grey, the leaves yellow on the cottonwoods … and above the hills the high blue windless skies. … Now he has gotten through with that thing we all have to do. But he has come back to the hills that he loved and now he will be part of them forever.”